Hamburg is both a city and a state thus both the government and the parliament are made in the Town Hall or in German the Rathaus. Hamburg is one of the most beautiful, busy and lively city in Germany. It is as well the second largest city in Germany with a population of 1.8 million people. Hamburg is young, modern, friendly and open to the world. People who have visited Hamburg are enthusiastic about the city, like me and my partner we spent majority of our time winding our way to every districts.
Hamburg has several districts and each of these were distinct from one another.
Altstadt District (Old Town)- the heart of the city and home of the oldest buildings of the city, religious architecture, shoppings malls, Rathausmarket, Alsterarkaden- full of indoor shopping arcades and the  Rathaus (City Hall). The lake streets it is composed of Mönckebergstrasse, Steinstrasse and Jungernstieg.
Altstadt Photos: 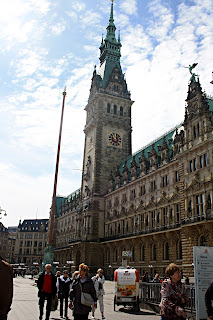 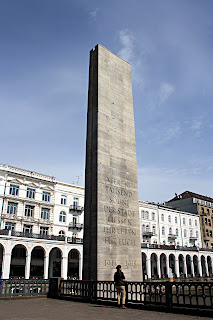 The Rathaus  and the  Memorials for soldiers who were killed during the 1st World War. It has an incription that says '' Forty thousand sons of this town let their lives for you''