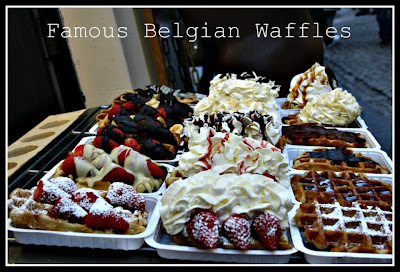 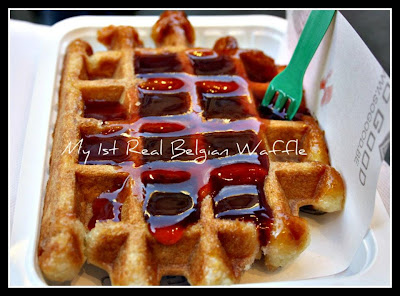 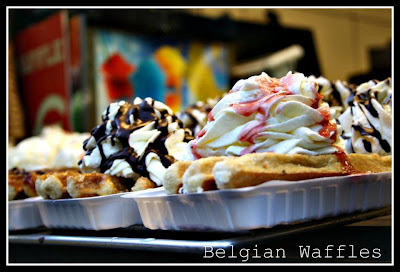 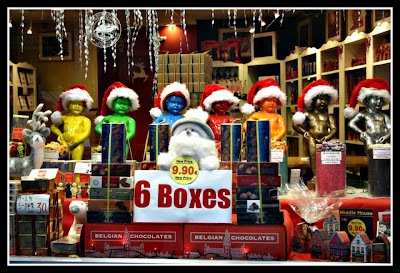 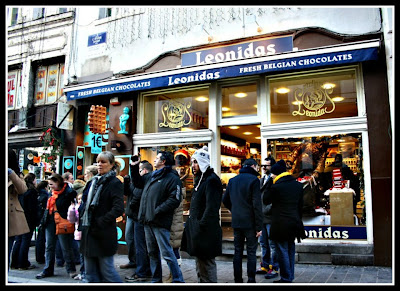 When you visit Belgium, you should try the countries famous waffles and chocolates!!!

Belgian Waffles are identified by it's larger size, lighter batter, higher grid pattern which forms deep pockets and has larger squares. In North America, they are often eaten as a breakfast food, and are usually served with butter or margarine and maple syrup or with vanilla ice cream and fresh fruit such as strawberries as a dessert. In Belgium they are more commonly served as a snack or light dessert. Belgian waffles were originally showcased in 1958,It gained its  American debut in Seattle ,WA in 1962 during the Century 21 Expo.

1. Brussels Waffles- are prepared with a yeast-leavened batter. It is generally, but not always, lighter, thicker, and crispier and has larger pockets compared to other waffle varieties. They are easy to differentiate from Liege Waffles by their rectangular sides. In Belgium, most waffles are served warm by street vendors and dusted with confectioner's sugar though in tourist areas they might be topped with whipped cream, soft fruit or chocolate spread.
2. Liege Waffle -from the city of Liege, in eastern Belgium, the type is a richer, denser, sweeter, and chewier waffle. Invented by the chef of the Prince Bishop of Liege in the 18th century as an adaptation of brioche bread dough, it features chunks of pearl Sugar, which caramelizes on the outside of the waffle when baked. It is the most common type of waffle available in Belgium and is prepared in plain, vanilla and cinnamon varieties by street vendors across the nation.
3. Stroopwafel- known in North America as the "Belgian waffle" is most similar to the Brussels waffle.They are thin waffles with a syrup filling. They were first made in Gouda in the Netherlands during the 18th or 19th century. The stiff batter for the waffles is made from flour, butter, brown sugar, yeast, milk, and eggs. Medium-sized balls of batter are put on the waffle iron. When the waffle is baked and while it is still warm, it is cut into two halves. The warm filling, made from syrup, brown sugar, butter, and cinnamon, is spread in between the waffle halves, which glues them together.

According to Chocolate Lovers Site "Belgian chocolate has been the food of champions, a lure for lovers, the indulgence of the rich and later, the favorite of the masses."

There are more than 2000 chocolate shops all over Belgium that create their own sweet treats. In Belgium they have chocolate museums and demonstrations which tourist can enjoy when in Belgium.

Here are some list of famous Chocolate Shops In Belgium: