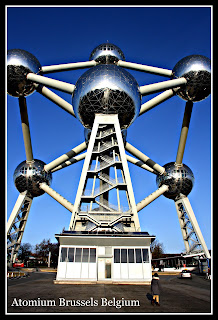 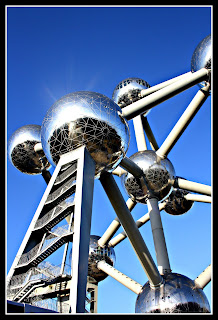 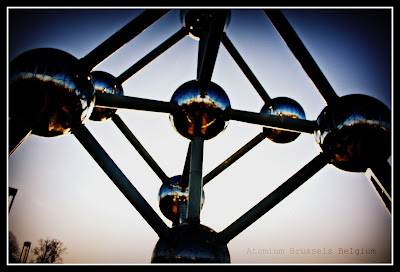 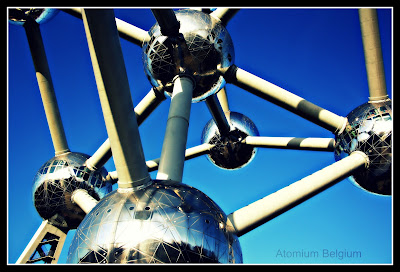 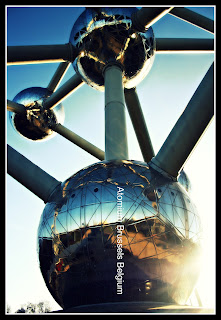 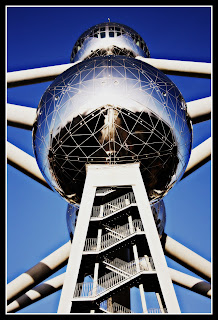 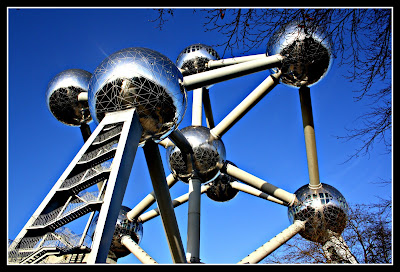 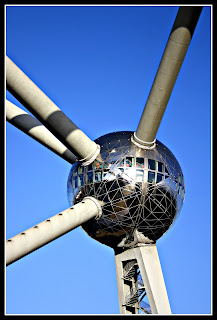 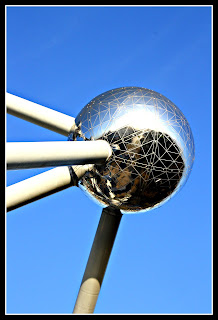 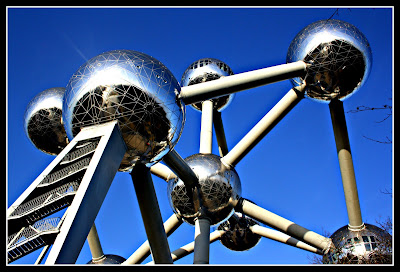 The Atomium was the main pavilion and icon of the World Fair of Brussels (1958), commonly called Expo 58.The Atomium  symbolized the democratic will to maintain peace among all the nations, faith in progress, both technical and scientific and, finally, an optimistic vision of the future of a modern, new, super-technological world for a better life for mankind.

The Atomium is 102 metres high, it has nine interconnected spheres, an elementary iron crystal enlarged 165 billion times. It was dreamed up by the engineer André Waterkeyn (1917-2005). The spheres, though, were fitted out by the architects André and Jean Polak.

The Atomium was restored in 2006 and since then it has became the famous attraction in Brussels and internationally.  The Atomium houses a permanent exhibition about it's history as well as temporary exhibitions .
Posted by eigroj at 10:33 AM