Dedicated to the saints Peter and Mary, Cologne Cathedral (Kölner Dom) is the seat of the Catholic Archbishop of Cologne. Cologne Cathedral is the greatest Gothic cathedral  in Germany and has been Cologne's most famous landmark for centuries. Once the tallest building in the world, Cologne Cathedral still boasts the world's largest church façade.
The cathedral's main treasure is a golden reliquary containing the remains of the Three Magic of Christmas story fame. These relics and other treasures have made Cologne Cathedral a major pilgrimage destination for centuries.
PHOTOS WERE TAKEN DURING MY LAST TRIP TO COLOGNE GERMANY.
OUTSIDE VIEW OF THE CATHEDRAL 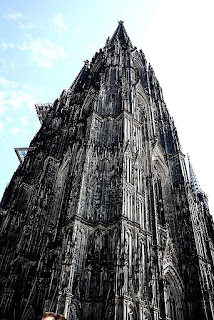 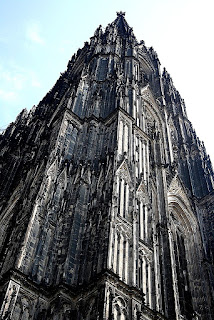 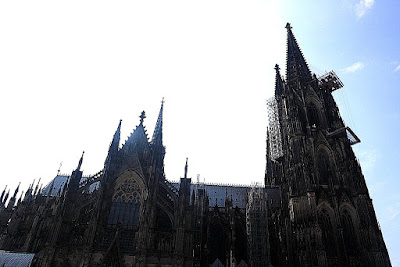 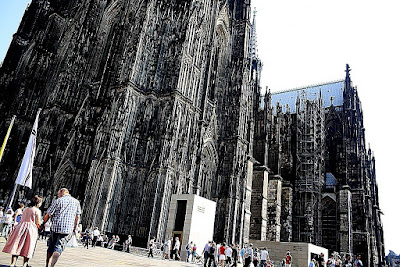 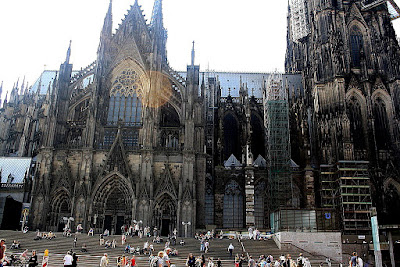 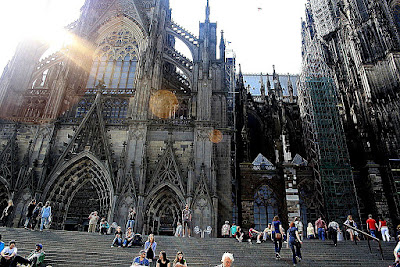 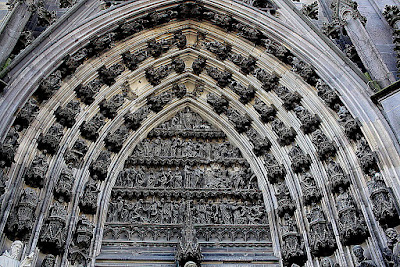 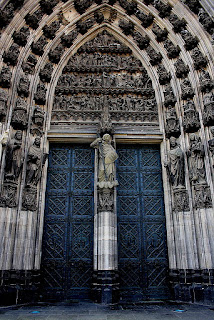 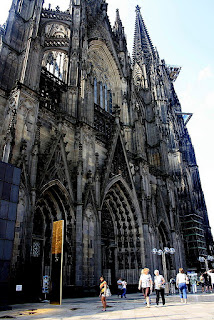 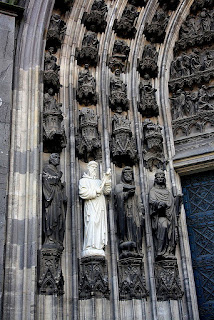 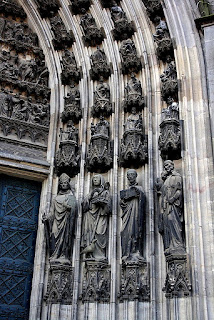 PHOTOS INSIDE THE CATHEDRAL---- 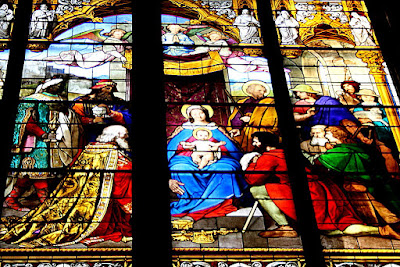 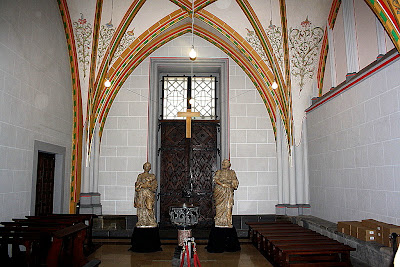 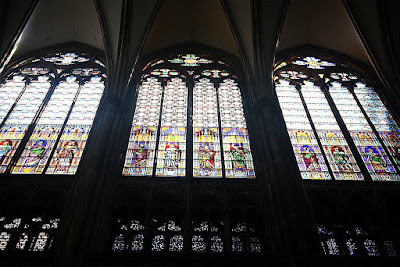 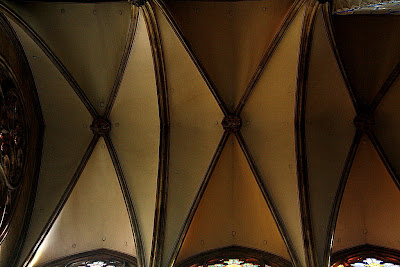 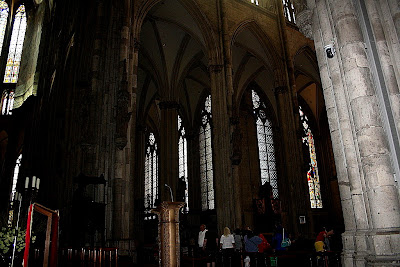 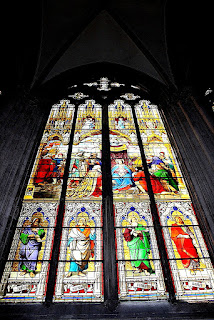 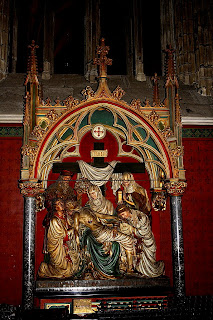 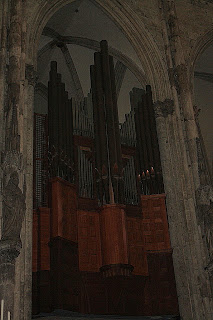 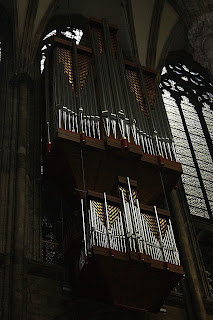 FACTS & HISTORY
Cologne Cathedral stands on the site of a 4th century Roman temple, followed by a square church known as the "oldest cathedral" commissioned by Maternus, the first Christian bishop of Cologne. A second church built on the site, the "Old Cathedral," was completed in 818. This burned down on April 30, 1248.
Construction of the present Gothic church began in the 13th century and took, with interruptions, more than 600 years to complete. The new structure was built to house the relics of the Three Magi, taken from Milan by Holy Roman Emperor Fredrick Barbarossa and given to the Archbishop of Cologne, Rainald von Dassel in 1164.
The foundation stone of Cologne Cathedral was laid on August 15, 1248, by Archbishop Konrad von Hochstaden, and the choir was consecrated in 1322. After this initial rapid progress, construction work gradually came to a standstill, and by the year 1560, only a torso had been built.
Only with the 19th century Romantic enthusiasm for the Middle Ages and the commitment of the Prussian Court did construction work resume. 1824 saw the addition of the towers and other substantial parts of the cathedral, mostly according to surviving medieval plans and drawings.
The completion of Germany's largest cathedral was celebrated as a national event in 1880, 632 years after construction had began. The celebration was attended by Emperor Wilhelm I.
The cathedral suffered 14 hits by World War II aerial bombs but did not collapse and reconstruction was completed in 1956. In the northwest tower's base, an emergency repair carried out with bad-quality brickstones taken from a nearby war ruin remained visible until the late 1990s as a reminder of the War, but then it was decided to reconstruct this section according to the original appearance. It is possible to climb a spiral staircase to a viewing platform about 98 metres above the ground.
In 1996, the cathedral was added to the UNESCO World Heritage List of culturally important sites and in 2004, it was placed on the "World Heritage in Danger" list
Posted by eigroj at 4:44 AM