FACTS: Venice a city in northern Italy  which is renowned for the beauty of its setting, its architecture and its artworks. The name is derived from the ancient Veneti people of who inhabited the region by the 10th century B.C. Venice has been known as the "Queen of the Adriatic", "City of Water","City of Masks","City of Bridges","The Floating City",and "City of Canals".Venice has also been described as being one of Europe's most romantic cities & undoubtedly the most beautiful city built by man.
Venice is one of the most important tourist destinations in the world, due to the city's being one of the world's greatest and most beautiful cities of art.Venice is built on an archipelago of 117 islands formed by 177 canals in a shallow lagoon, connected by 409 bridges. The classical Venetian boat is the gondola,, although it is now mostly used for tourists, or for weddings, funerals, or other ceremonies. Many gondolas are lushly appointed with crushed velvet seats and Persian rugs. Less well-known is the smaller sandolo. The main transportation means are motorised waterbusses (vaporetti)  which ply regular routes along the major canals and between the city's islands, and private boats. The only gondolas still in common use by Venetians are the traghetti, foot passenger ferries crossing the Grand Canal at certain points without bridges.
VENICE CANALS GALLERY 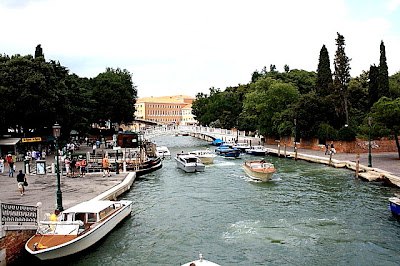 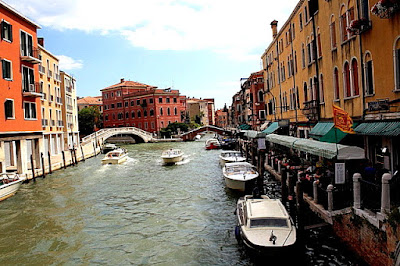 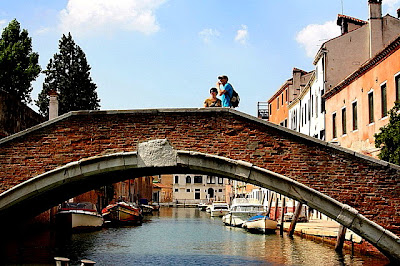 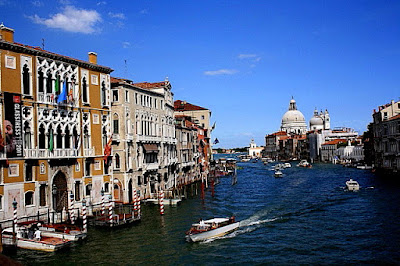 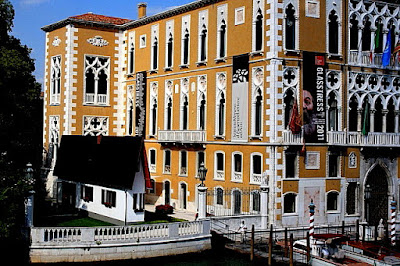 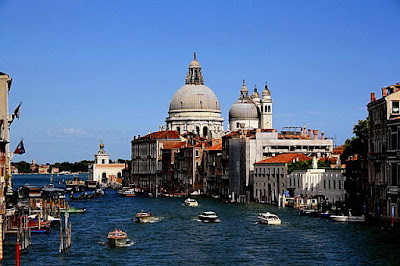 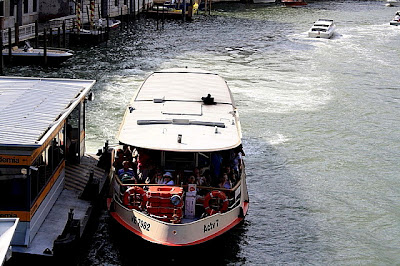 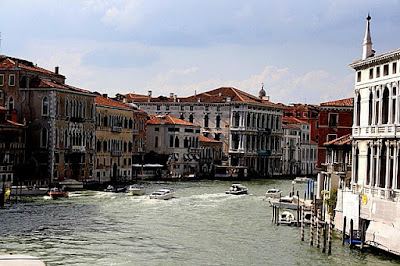 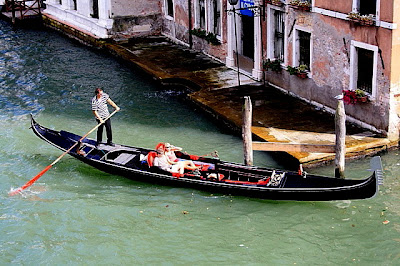 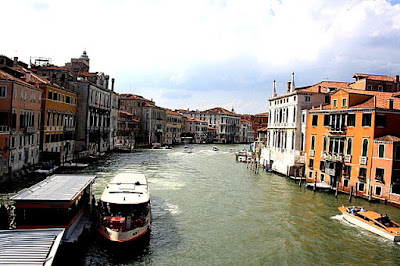 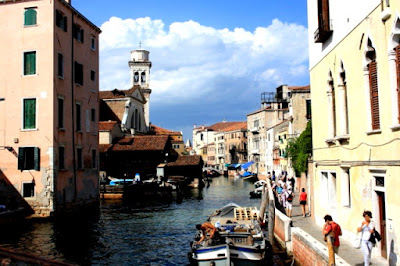 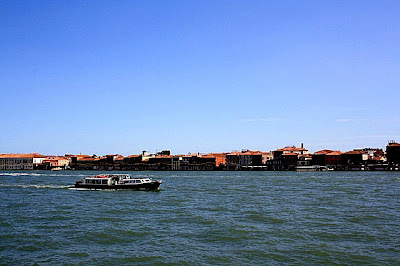 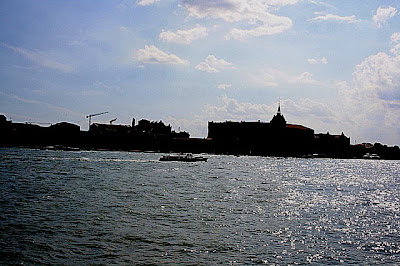 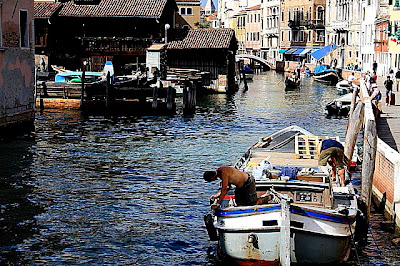 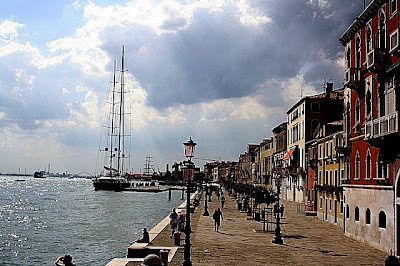 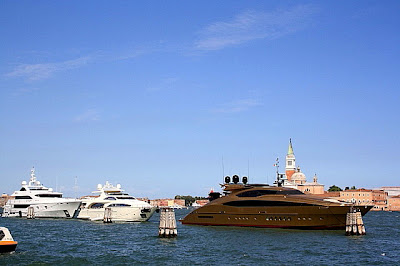 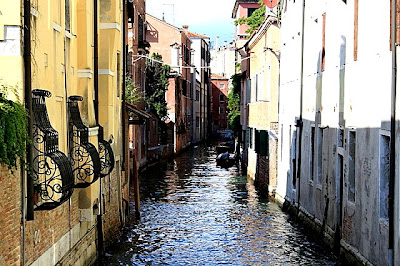 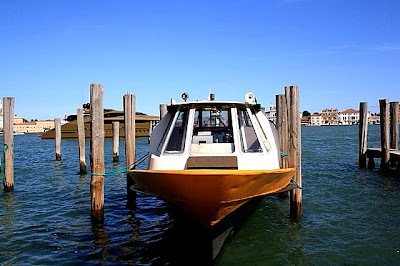 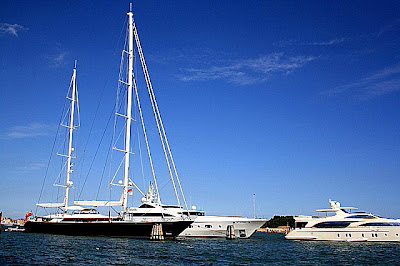 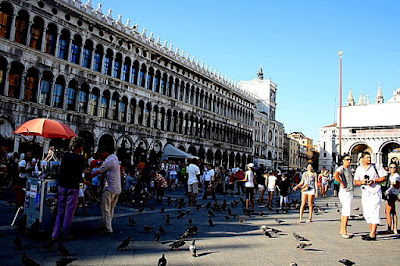 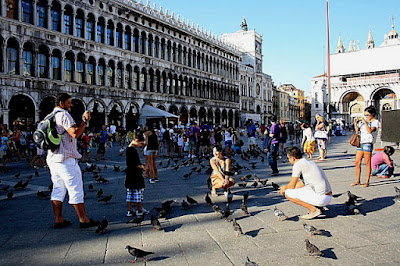 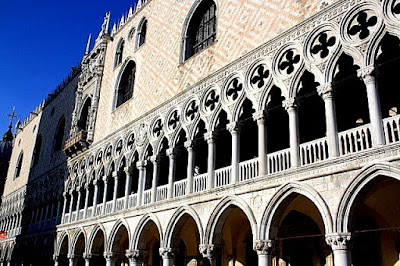 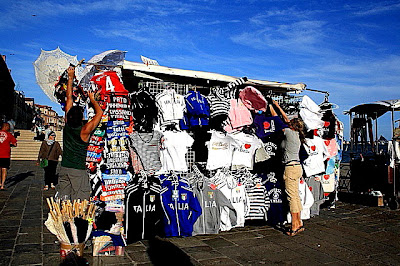 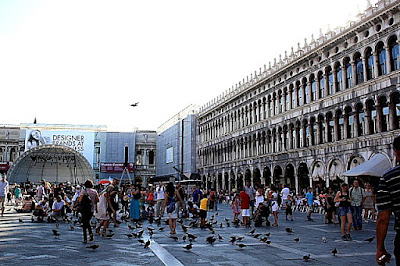 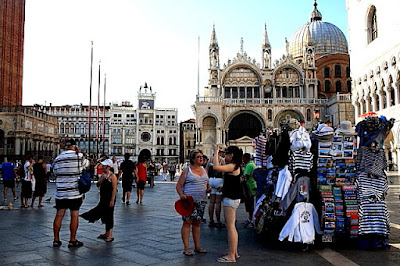 Piazza San Marco (often known in English as St Mark's Square), is the principal public square of Venice, Italy, where it is generally known just as "the Piazza". All other urban spaces in the city (except the Piazzetta and the Piazzale Roma) are called "campi" (fields). The Piazzetta (the 'little Piazza') is an extension of the Piazza towards the lagoon in its south east corner (see plan). The two spaces together form the social, religious and political centre of Venice and are commonly both considered together. This article relates to both of them.
Posted by eigroj at 11:40 AM