Verona Arena one of the must see structure in Verona. Everyday, thousands of tourist came by to see it. Outside the areana you can see a number of men and woman dress in gladiator outfit. They are very friendly and would always love to be in tourist pictures.They would do a lot of stuff on you to make the pictures funny.You can also see some exhibits, like the last time we were there, they had this Egyptian theme just outside the arena. You can see it on my pictures below. 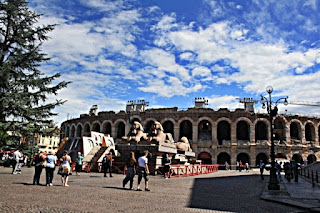 Outside view of the Arena 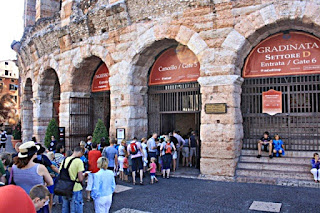 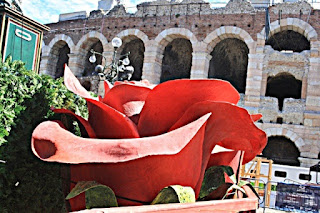 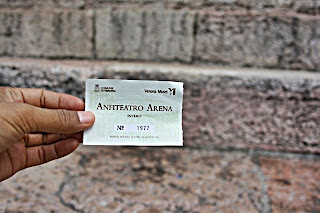 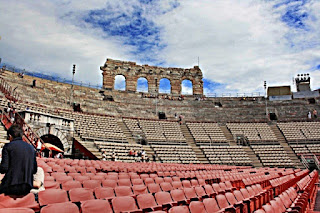 North side of the arena 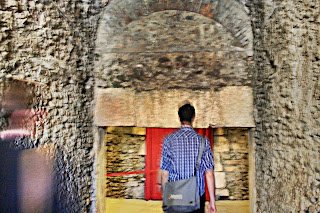 One of the many Entrances 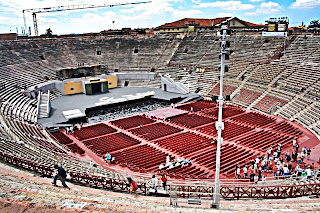 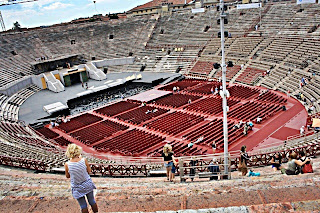 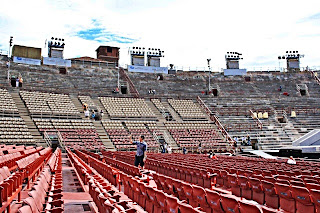 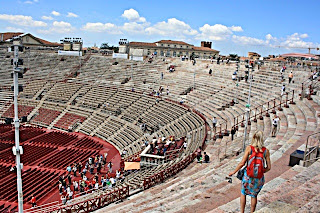 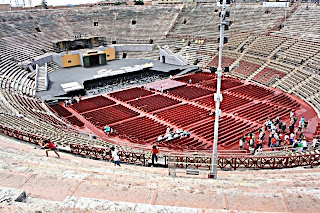 Facts: Verona Arena - known as The Roman Amphitheatre which is internationally famous for the large-scale opera performances given there. It is one of the best preserved ancient structures of its kind. It was built in AD 30 and it can hold around 30,000 people at one time.
Posted by eigroj at 9:28 AM