Kerameikos is one of the archaeological sites in Athens just outside the city wall. It was also the potter's quarter of the city from which the the word Ceramic was derived, and also the site of the important cementery and funeral sculptures. The inner Kerameikos was the former potter's quarter and the outer covers the cemetery and public burial monument. Kerameikos was the official cemetery of ancient Athens from the 11thc BC till the 2nd AC.


Within the site are the ancient walls of Athens and the Sacred Gate which was only used by pilgrims from Eleusus using the sacred road to and from that site during the annual procession. Nearby is the Dipylon gate which was the main entrance to the city, where the Panathenaic procession began and where the cities prostitutes congregated so they could make themselves available to weary travelers. It was from this spot that Pericles gave what was probably his most well-known speech honoring those who had died in the first year of the Peloponesian war. 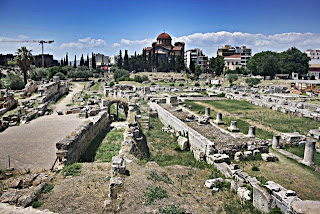 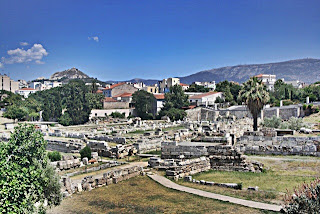 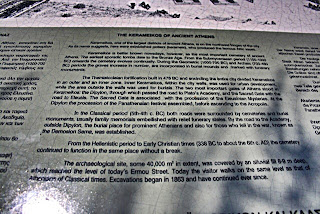 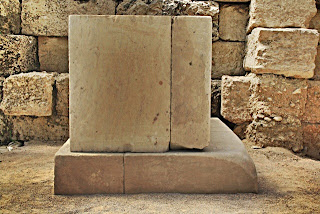 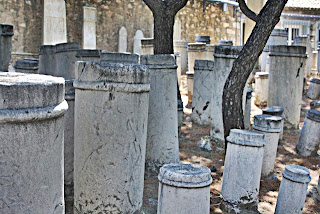 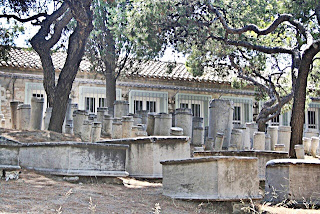 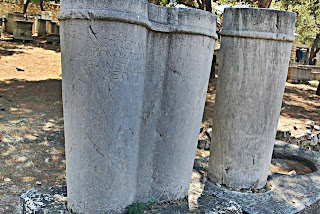 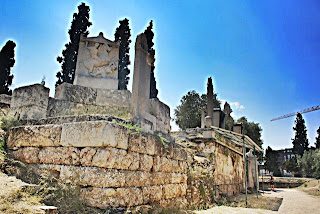 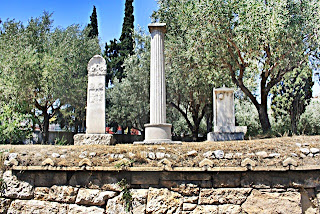 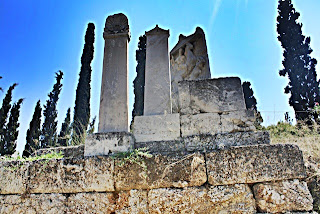 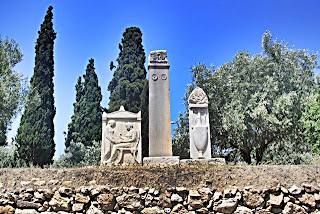 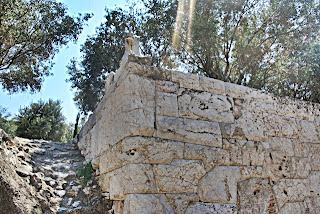 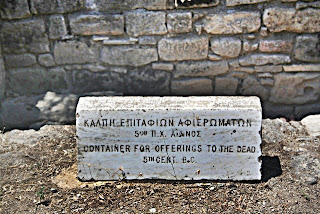 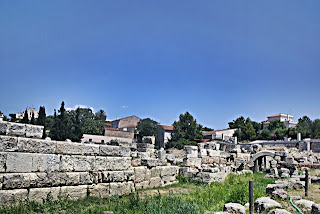