THE CHANGING OF THE GUARDS -- ATHENS GREECE

After a long day of site seeing around Athens we decided to head to the Syntagma Square where the Parliament is and the Tomb of the Unknown Soldier. Luckily, by the time we reached the place it was also the time for the changing of the guards which we witnessed from start to finished.

These guards usually stands motionless inside a small guardhouses in  front of the Parliament. They are being replaced hourly, the ceremony usually lasts for 10 minutes. Just before the ceremony they step outside the guardhouse and soldiers in regular uniforms tidy them up.  We saw and heard  them shout their orders in Greek. They move in perfect synchronization, first dragging their foot backward, then raising that leg out straight before taking each step and then  head off, leaving two fresh guards in place.They wear really quirky pom-poms on their shoes. Their uniform is based on the clothing of the Klephts, mountain fighters who fought the Turks from the 15th Century until Greek independence in the 19th Century. To be in this unit is of great honor, and he  must be over 6 ft tall.

Follow the Picture and you will see the whole ceremony. 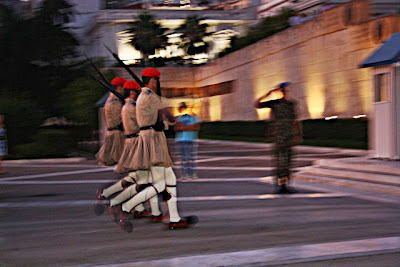 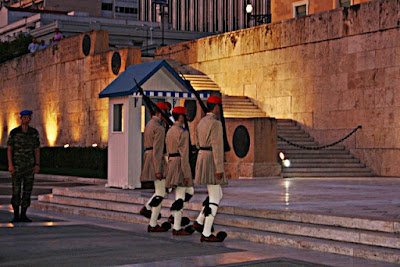 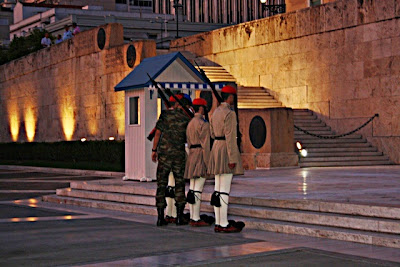 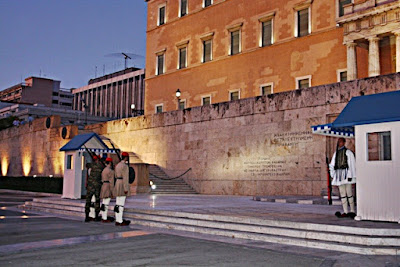 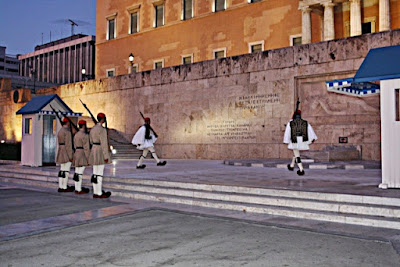 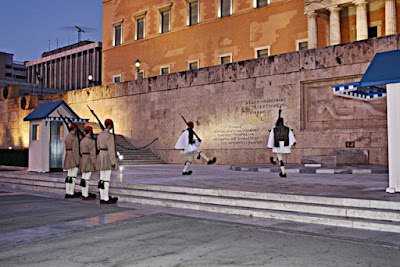 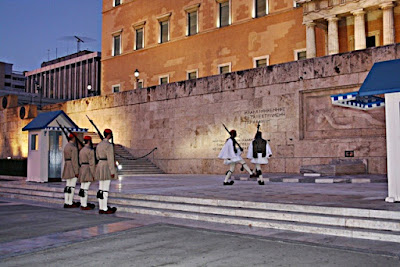 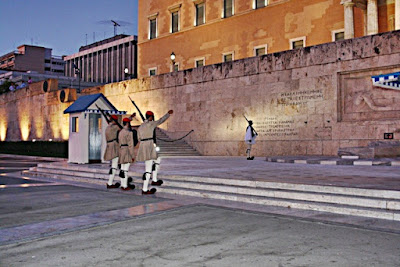 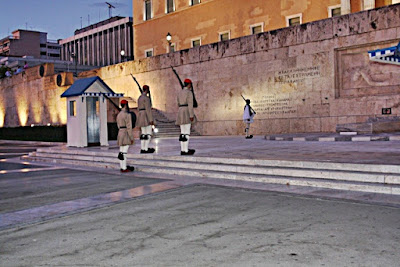 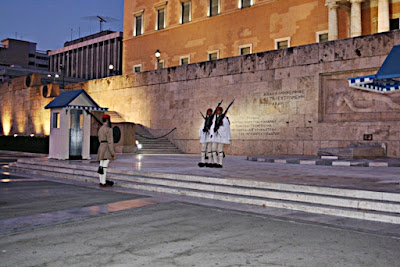 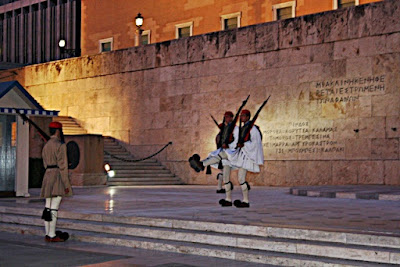 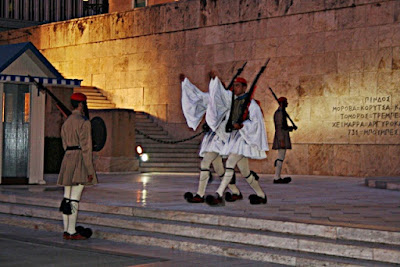