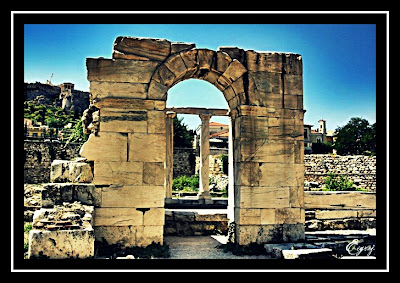 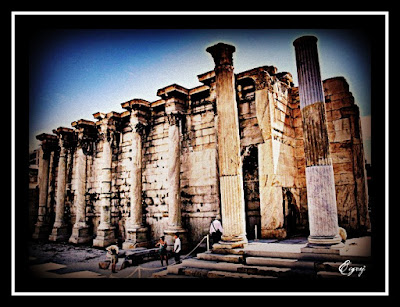 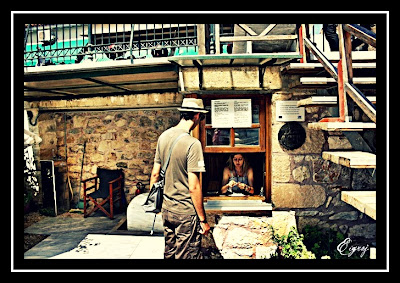 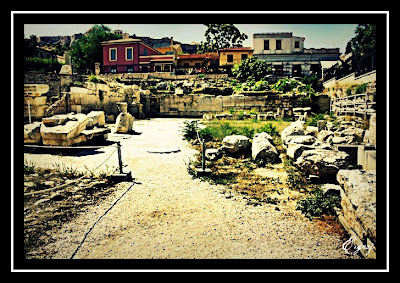 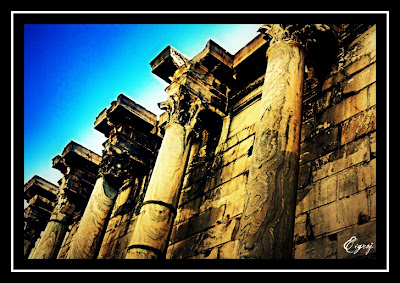 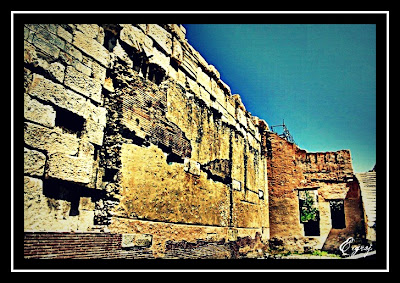 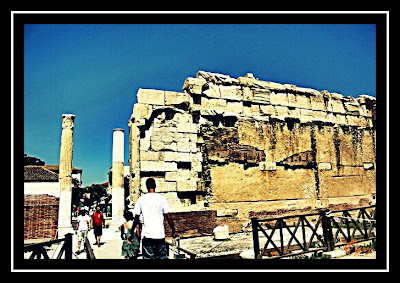 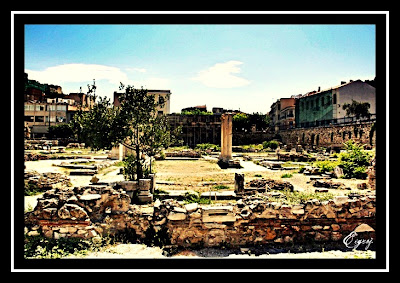 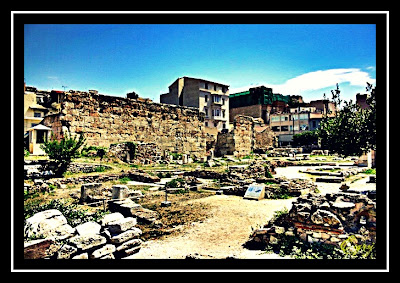 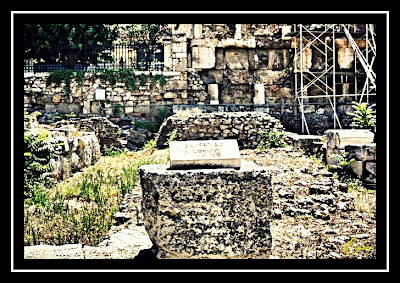 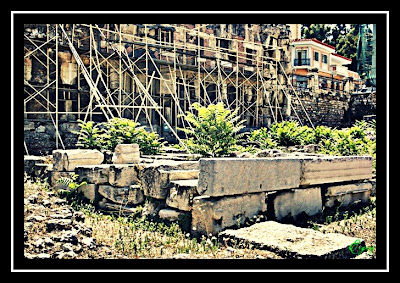 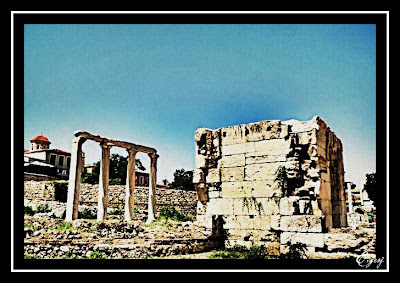 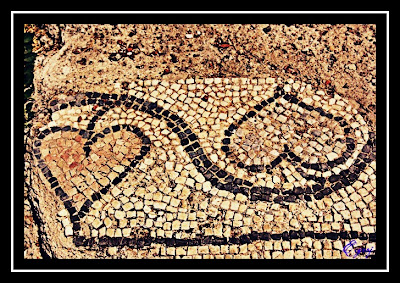 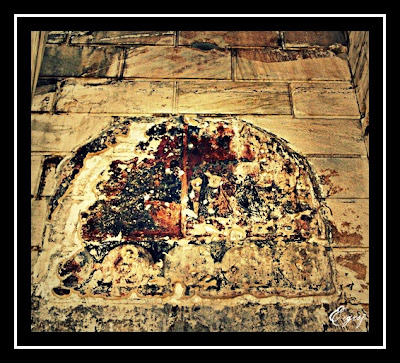 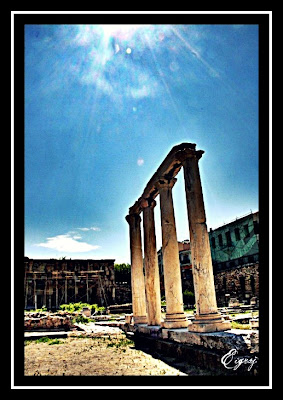 The rectangular building of the Library comprises a Corinthian propylon on the west side, an open peristyle courtyard, three projecting conches on each of the long sides, a library, study and lecture halls.

It was built in A.D. 132 by emperor Hadrian, was destroyed by the Herulae in A.D. 267, and was subsequently incorporated into the Late Roman fortification wall. It was repaired by the Roman eparchus Herculius in A.D. 412, and in the 5th century the quatrefoil building of the Early Christian church was constructed in the centre of the peristyle court. After its destruction, a three-aisled basilica was erected on its ruins in the 7th century, which was in turn superseded by the single-aisled church of Megale Panaghia, in the 11th century. During the Turkish occupation it became the seat of the Voevode (Governor) and in 1835, the barracks of king Otho were erected in the place of the Voevodalik.

Most important monuments of the site are: