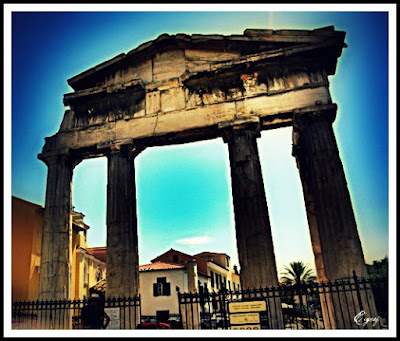 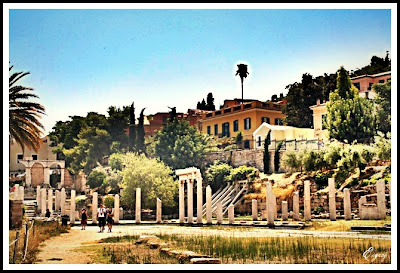 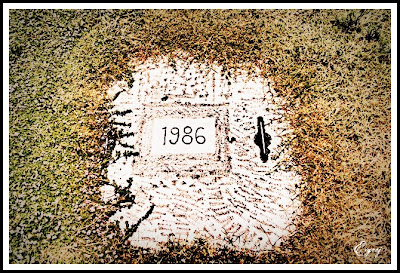 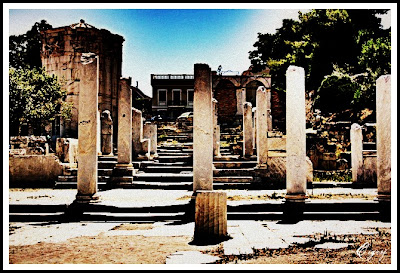 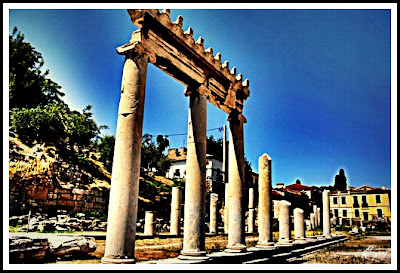 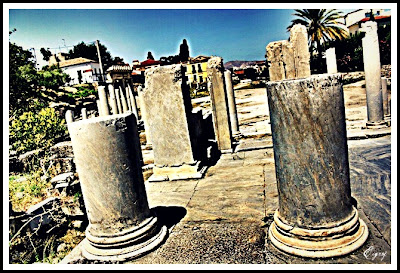 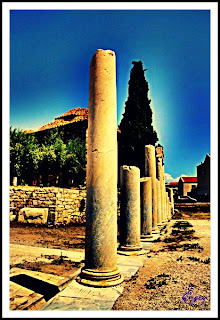 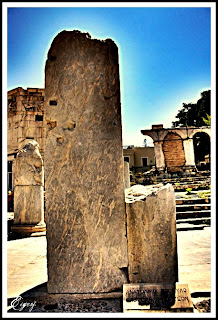 The Romans  built this commercial market place. It was funded by Julius Caesar himself in 51 AD and was completed during the reign of Augustus. Today the area has returned to being a commercial one but for many years the ruins themselves were covered over with dwellings all of which have been removed to uncover Athens' glorious classical past. The most famous structure of the agora is the perfectly preserved Tower of the Winds which is thought to predate the agora and to have been used by the astronomer Andronicus from about 150 BC.
Posted by eigroj at 1:56 PM